3 On Bullying: Serious As Suicide 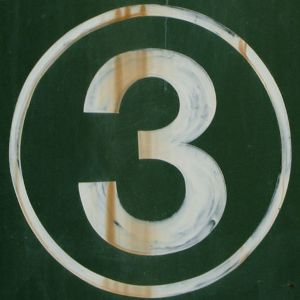 Be Unlimited is taking a major stand against bullying.  Our 3 On Bullying feature appears on the last Friday of every month.  Here, you’ll learn facts to keep you informed, skills to help you handle bullying situations, the support you need, and much more.  A few months ago, we examined bullying among girls. This month’s 3 On Bullying examines the link between bullying and suicide, and also provides some warning signs to look for if someone you know is at-risk of hurting themselves.

Amanda Todd was a teenager who bravely shared her story of bullying and torment on YouTube weeks before she committed suicide. The 15-year-old was mercilessly bullied, taunted and driven to her death by cyberbullies.

Joel Morales hanged himself from a shower curtain rod in his home. He left no suicide note, but members of his family said that he killed himself because he had been repeatedly picked on by other students, so much so that he had transferred to a new school. Sadly, his bullying did not end.

15-year-old Felicia Garcia was a tormented Staten Island teenager who killed herself by jumping in the path of a train was bullied to death by classmates according to police sources. The high school freshman’s final tweet spoke of despair: ‘I cant, im done, I give up.’

The suicides of the teens above (and countless others not pictured) are an alarm call for people to be on the lookout for potential warning signs. Some of those warning signs can include:

If a person is displaying these symptoms, they need help right away. Take your concerns to an adult you trust. That person can be a family member, teacher, coach, minister or counselor.

In some cases, it may not be obvious that a person is thinking about suicide, such as when the suicide seems to be triggered by a particularly bad episode of bullying. In several cases where targets of bullying killed themselves, bullies had told the teen that he or she should kill him or herself or that the world would be better without them. Others who hear these types of statements should be quick to stop them and explain to the target that the bully is wrong.

Take all talk or threats of suicide seriously. Don’t tell the person they are wrong or that they have a lot to live for. Instead, get them immediate help. People who are thinking about suicide should talk to someone right away or go to an emergency room. They can also call a free suicide hotline, such as 1-800-273-TALK (8255).

October is National Bullying Prevention Month. In support, Be Unlimited is taking a major stand against bullying. We hope you stand with us.